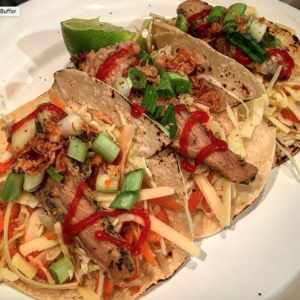 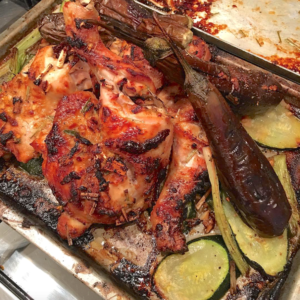 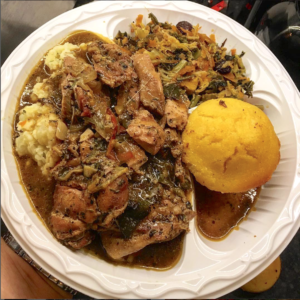 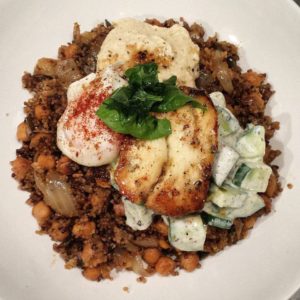 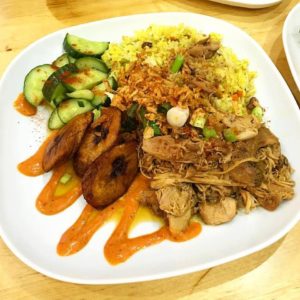 Let’s talk about Tom Higgins, better known as Juga-naut. He’s a Nottingham rapper and chef, and he’s been all over the local media for the last few years for both his cuisine and his music. But this post is all about Chef Jugz’ food, because he’s doing pop-up restaurants at MinorOak! You’ll find his latest pop-ups on Juga-naut’s Facebook Events and on the MinorOak events list on Facebook, and you can reserve a table by e-mailing or messaging Chef Jugz: juganaut_notts@hotmail.co.uk or 07792318480. These meals are only £10 for main course and sides, and MinorOak is serving Chef Jugz’ punch and also providing beer, wine and rum spikes. 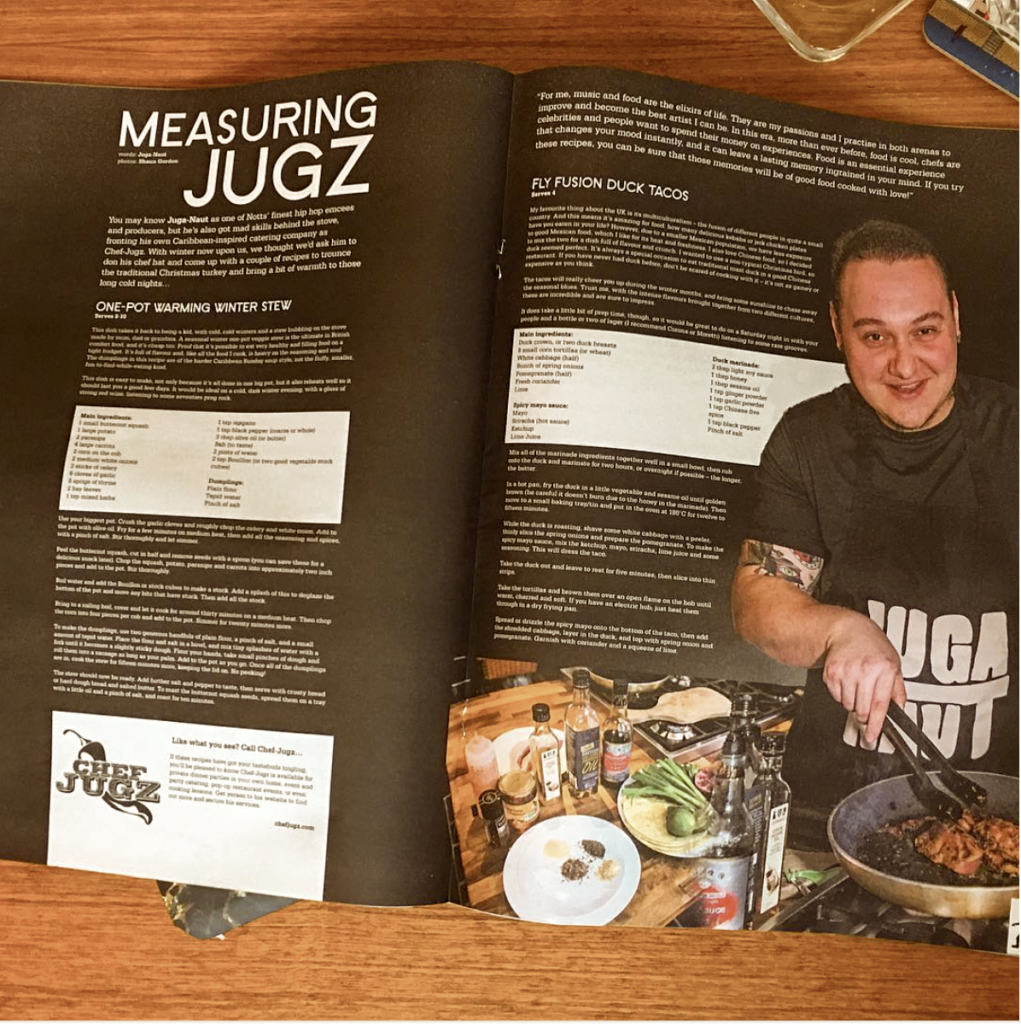 Why should you get in touch with Tom and spend £10 of your hard-earned money on this pop-up? Well, maybe the pictures above have already given you the answer, but they don’t convey the exceptional taste of the food. Chef Jugz combines flavours from Europe, Asia and the Caribbean into healthy, filling, truly memorable cuisine; he makes delicious meals with subtlety and depth.

Tom cooks with love, and maybe that’s why his cooking is so easy to love back.

From Left Lion to the Nottingham Post, professional foodies are singing Tom’s praises, featuring his YouTube cooking videos and talking about his upbringing in a creative, multi-cultural, food-loving family in New Basford.  In Rapper’s Soul Music and Food, Tom told the Nottingham Post,

“My mum is English, my dad is half Caribbean, my grandma is from Barbados and my great grandma was Surenamese, half Chinese, half South American. I grew up in a house where we always ate together and were always feeding friends and family. We’d eat lots of Caribbean food, Indian curries, Chinese food, lots of veg stir fries and roast dinners.”

“It makes me happy to see other people enjoy my food, and exposing people to different styles of cooking from all over the world. Posting pictures and sharing my food adventures is fun. The transition came naturally and increased the following with my online show, Cooking with Juga-Naut. I’ve been brought up with all types of people from many backgrounds and that comes through in my food.”

Chef Jugz’ Food is Getting Easier to Find!

Tom’s doing occasional pop-ups at MinorOak, he’s been serving up small plates as one of the founding chefs at the Victoria Centre’s Street Food Club, and he’s also available as a personal chef and is working on a catering business. Visit Chef Jugz’ Website for the latest details. You’ll also find Jug-tastic goodness in Chef Jugz’ YouTube Videos,

I’m going to leave you with a how-to on Juga-Naut’s fish tacos.

Tom’s called Juga-naut for a reason – and I would not be surprised at all to see him as a TV chef in the future. Come to Chef Jugz’ pop-ups so that when he’s famous, you can say you knew him now – and because you love tasty, healthy, plentiful food… because you do, right?