Home » Blog » Coworking » How I Heard About Coworking

Sarah is a science fiction writer, and I can still remember her 100th manuscript rejection party. She had letters from publishers pinned all over the walls of the shared, five bedroom “house of many geeks” in Ann Arbor, Michigan. Every weekend while the other housemates watched videos, went out and chilled in the public rooms, she was in her bedroom hammering away at a keyboard. After a few years working full time and spending every spare minute writing, she had 100 rejection letters to show for her efforts.

A few years after that, she was writing books for a major publisher and had quit her office job.

A lot of respect and a little envy

By that time, I was working for a structural engineering firm. I was lucky enough to live walking distance from work, and I walked down Main Street every day on my way in. I’d often see Sarah before work, after work or at lunch, sitting in a coffee shop writing. Sometimes we’d wave and I’d think, “Now that’s the life: no boss, no office, sitting in a coffee shop all day doing what you’ve always dreamed of!” And I thought, “That’s the reward for passion, dedication and perseverance: independence. She paid her dues and look at her now.”

That was in the late 1990s. Depending on the definition you use, coworking may have been introduced in Germany in 1995, New York in 1999, Austria in 2002 or San Francisco in 2005. Ann Arbor’s first coworking space opened in 2009; it was based on the Silicon Valley model. 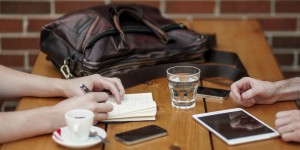 Workantile was the first coworking space I heard about

In 2003, I left Ann Arbor and moved to Toronto, and it was there I first worked independently. I taught courses at a community college and assisted a semi-retired architect while working on my master’s degree. Sarah and I had stayed in touch on Facebook; she had noticed I’d been working on my own. She was one of the founding members of Workantile, and soon after it opened, she asked me if I wanted to join. Sadly, I couldn’t – not only had I moved, but by that time I was working full time again – but I wished I could. It seemed like a perfect idea: an office full of colleagues who were all their own bosses; all the support, productive debate, ideas and friendship that coworkers can provide; the discipline and routine of going to an office every day; the cost savings of shared workspace and technology; the advantages of staying independent. Not only did I think it was a fantastic idea in the abstract, I loved the warm, slightly industrial look and feel of their space. It looked like a fantastic place to work in every way possible.

Workantile is a well established coworking space today. It’s been in existence since 2009, and it is run as a cooperative limited company, with long-term members serving as the Board. They’ve got pictures on their website.

After hearing about Workantile, I knew I’d want to work somewhere similar if I had the opportunity.

How did you first hear about coworking?

7 thoughts on “How I Heard About Coworking”